Non-communicable diseases (NCDs) are the leading causes of death in Mongolia. Non-communicable means that these diseases are not transmitted from person to person. Frequently, they are of long duration and slow progression, such as heart disease, cancers, respiratory disease and diabetes. According to WHO, low and middle income countries account for 80% of NCD deaths, or approximately 29 millions, annually. The four risk factors for NCDs? “Tobacco use, physical inactivity, the harmful use of alcohol and unhealthy diets.”*

Considering the risk factors, it is no surprise the NCDs are prevalent in Mongolia. The country has done a superb job of checking off all four boxes. However, the growing issue here is that NCDs are no longer ailments of just “the rich, the old, and the sedentary.”* They are beginning to affect a wider range of demographic groups, most worryingly, the younger age sets. As Mongolia continues a trend of rapid urbanization, the threat of a diabetes epidemic looms larger than ever.**

In 2013, according to the International Diabetes Federation,*** the prevalence of diabetes in Mongolia was 7.51% among the adult population. In 2009, the rate among the urban population was 9% and among the rural population was 4%.** Total number of cases for adults between the ages of 20-79 was 135,750. Total number of undiagnosed cases is 73,440. The mean healthcare expenditure per person for diabetes was a measly 214 USD.***

When it comes to discussing diabetes in Mongolia, there are two main facts that I want to discuss. First, the prevalence of the disease in Mongolia is higher than the world prevalence rate among adults aged 20-49.** This suggests that the younger adults to the middle-age groups, the main set of workers within our labor market, are beset with chronic disease, affecting their productivity, as well as their quality of life.

Second, diabetes is preventable. In fact, “80% of global diabetes is believed to be currently preventable.”** But even given its high and growing rate of prevalence, knowledge and awareness of the disease remain low. The work of researchers from the University of Copenhagen and the Mongolian Ministry of Health confirm this. In their paper, Exploring knowledge, attitudes and practices related to diabetes in Mongolia: a national population-based survey, they find that knowledge about diabetes is low. How low? Well, “Up to fifty percent of Mongolian sub-populations, and one in five of the total population, had never heard the term diabetes prior to surveying.” Moreover, “one-third of Mongolians were unaware that the disease could be prevented through lifestyle changes.”**

However, given these disappointing results, more than 7 out of 10 of the participating respondents were able to suggest a prevention/treatment method. The most commonly chosen answer was the diet.

So if the majority of the participants realize and acknowledge that a healthier diet decreases the risk of diabetes, why don’t they just eat healthier? One of the main concerns, the researchers found, was the price of and physical access to fruits and vegetables. “One in three responded that they did not trust imported foods and that this hindered their fruit and vegetable consumption – a response significantly associated with urban living. For rural populations almost forty percent responded that a lack of access was the main deterring factor to a healthier diet.” 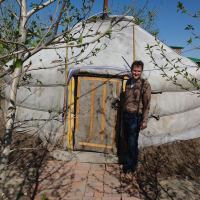 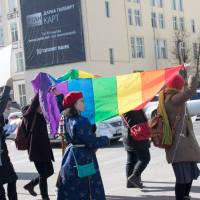